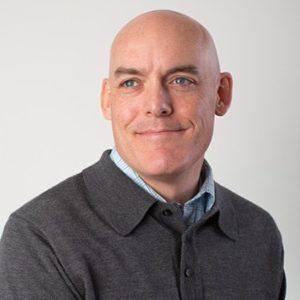 Professor of politics and environmental sustainability

After completing my undergraduate degree at Clark University, I worked for two years as a speechwriter and deputy communications director for the Democratic Party in Massachusetts — while going to law school at night (fun stuff!). In 1998, I moved to Washington, DC to start graduate work at the Trachtenberg School of Public Policy and Public Administration at The George Washington University. At the same time, I began an eight-year career as a policy researcher at a series of think tanks — this included half a decade as a project director within the RAND Corporation’s Science and Technology Policy Institute. In this capacity, I was the principal investigator on numerous studies conducted for the White House Office of Science and Technology Policy (OSTP).

I live in Oxford, Ohio with my partner Kate, son Sam, and dog Izzy. Kate is an associate professor of family studies at Miami University, where her teaching and research focuses on issues of family diversity — we met more than twenty years ago as undergraduates. Sam is an energetic three-year old who is currently obsessed with firefighters, while his parents are constantly enjoying the miracle that is language acquisition. I am an avid trail runner, visiting the Miami nature preserve most every weekday morning with Izzy. On the weekends, I jump onto the saddle and cycle for at least twenty miles. I am a dedicated traveler and trekker. In the past decade I traveled on five continents, while trekking in the Himalayas, Andes, Alps, and on Mt. Kilimanjaro. My big adventure for the coming year will be a trip to Morocco. My other great passion is cooking, although I do this mostly during summers spent in Rhode Island.

Having attended a small liberal arts college for my undergraduate degree, I was keen to return to this type of learning environment after spending a decade working in Washington, DC. The chance to really get to know my students inside and outside the classroom, while engaging them in real-world research, was the most important factor when I was searching for academic jobs. I was attracted to Earlham College because this is such a high priority for the institution, which is perhaps not surprising because it is a place that demands excellence from its students while also preparing them to really make a difference in the world.

My research focuses on science and technology policy, currently looking primarily at climate and energy issues. My book entitled “Hydrocarbon Nation: How Energy Security Made Our Nation Great and Climate Security Will Save Us” investigates the role hydrocarbons have played in the rise of the American Empire and the need for a sustainability revolution to ensure we create a renewed American Republic in the climate age. I am the award-winning author of “Mars Wars: The Rise and Fall of the Space Exploration Initiative,” which examined the history of a failed policy during the presidency of George H.W. Bush – you can find the book at Amazon.com. I’m currently completing work on a co-authored book entitled ‘The View From Space: NASA’s Evolving Struggle to Understand Our Home Planet,” which is a multi-decade policy history of the Earth Observing System. I have engaged a large number of students in my research via independent studies and collaborative research projects.

I have engaged students in several ongoing research projects, both through formal collaborative research projects and independent study projects. A group of students recently helped me write an epilogue to a book, which examined the scientific and political development of the Earth Observing System during the past decade. Several students have also engaged in writing case studies for another book I am writing that investigates America’s political history through the lens of energy policy.

I teach a summer Epic course that provides students with an experiential education opportunity, focused on visiting three European cities that are leaders in finding urban-oriented solutions for climate change mitigation and adaptation. Students visit London (a leader in vertical density), Freiburg (a leader in sustainable urban growth) and Copenhagen (a leader in clean transportation and energy efficiency). Once on the continent, the class travels exclusively by train – using this as a chance to talk extensively about the differences between American and European transportation infrastructures.

Thor Hogan, “How to persuade Americans to act on climate change,” The Washington Post, December 21, 2018, <https://www.washingtonpost.com/outlook/2018/12/21/how-convince-americans-act-climate-change/>.

Thor Hogan, Hydrocarbon Nation: How Energy Security Made Our Nation Great and Climate Security Will Save Us (Baltimore, Johns Hopkins University Press, 2018).

Thor Hogan and Victor Villhard, “National Space Transportation Policy: Issues for the Future,” for the Office of Science and Technology Policy, Executive Office of the President, October 2003 [WR-105].

Thor Hogan, “Federal Investments in Reusable Launch Vehicle (RLV) Research and Development: A Historical Perspective,” for the Office of Science and Technology Policy, Executive Office of the President, October 2002.

Thor Hogan, “For the Record: A Weekly Fact Sheet” for the Massachusetts Democratic Party Coordinated Campaign, 1995-1996