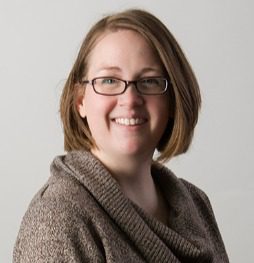 I am a psychologist with a special focus on developmental psychopathology. I regularly involve students in my research projects, like The Peer Lab, a research lab of undergraduate students that works under my supervision. These collaborations have led to publications and presentations at scholarly meetings.

I found my experience at a small liberal arts school to be rewarding and beneficial, and I wanted to spend my career in a similar environment. Earlham’s focus on teaching quality and its broader values (Principles & Practices) closely match my own values. Two of my close friends attended Earlham as undergraduates and enjoyed their experiences. Once I decided to pursue college teaching as a career, I put Earlham on my short-list of ideal places to teach. As luck would have it, a job opened in my last year of graduate school, and I was able to join the faculty here.

My department has allowed me to follow my interests and to teach classes that I’m passionate about. They have also encouraged my interest in new areas and in developing new courses. This approach benefits students in a number of ways. As I pursue new avenues of scholarship, I involve students in the process and show them that learning is a life-long process and that I am as much learner as I am teacher. Students in the classroom benefit from passionate and engaged professors who expose students to recent and cutting-edge developments. Teaching at Earlham has been and continues to be a rewarding experience.

As for personal hobbies, I enjoy reading and tend to read more non-fiction than fiction and particularly enjoy off-beat topics. Mary Roach is one of my favorite authors. I also enjoy spending time outdoors and camping, but I don’t do it nearly as often as I would like. Watching TV — current and past — is something I do with more frequency than I probably should. Mad Men, Breaking Bad and The Sopranos are among my favorite shows. Finally, doing crafts with my family is also a favorite Saturday activity.

My research and clinical training were shaped by a developmental psychopathology framework, which emphasizes diverse developmental pathways and the necessity of understanding both normative and non-normative developmental processes. I have an eclectic research program. My main interests are in bullying/peer-victimization, friendship, social cognition, and fixed/growth mindset (how people think about abilities and effort).

Collaborative student research experiences
Each semester, I have 5-8 students in my research lab. We have two main projects ongoing.

One project examines attention to and memory for ambiguous provocation situations. For example, if someone dumps their lunch tray on you, did they do that on purpose or did they trip and it was an accident? People’s interpretation of these situations can be related to both past and future bullying experiences. We are using eye-tracking technology and survey methodology to understand what people are paying attention to in these situations, what they remember, and how that relates to their own experiences.

My lab also conducts smaller projects based on changing student and professor interests. Students have helped author a manuscript examining the effect of a psychological intervention on parents’ intent to vaccinate. Students have also worked on a project that examined the role of siblings in delaying gratification, among other projects.

Projects that are now completed include the Fixed Mindset studies, which we completed in partnership with the Joseph Moore Museum on Earlham’s campus. We investigated the effects of praise on mindset, enjoyment, and persistence in adults and children. Many students presented results at regional and national conferences and two students helped co-author a paper that appeared in the Journal of Genetic Psychology.

We also completed the Peer Project, which examined the role of friends and bystanders in peer victimization. Two students helped co-author a paper in the journal of Social Development.

The Thoughtful Friends Study examined the overlap between cognitive development and friendship in 7- to 9-year-old children and college-age adults. We examined executive functioning (the ability to plan and control attention), theory of mind (the ability to recognize other’s perspectives), friendship quality, and conflict resolution skills. The results of this study were published in Merrill-Palmer Quarterly.

Publications (Undergraduate co-authors are marked by an asterisk.)

Conference presentations (Undergraduate co-authors are marked by an asterisk.)

Reavis, R., Miller, S., Khalifeh, L.*, Oxford-Jordan, K.*, Udo-Inyang, I.*, Fomukong, A.*, McConnell Rogers, M. (April, 2017). The role of praise in fixed and growth mindset. Poster presented at the biennial meeting of the Society for Research in Child Development, held in Austin, TX.

Miller, S., Avila, B., & Reavis, R. (May, 2016). The role of cognition in friendship quality. Poster presented at the annual meeting of the Association for Psychological Science, in Chicago, IL.

Nielsen, B., Welch, C., Miller, S., & Reavis, R. (March, 2015). The relationship between executive function, friendship quality, and responses to friendship transgressions. Poster presented at the biennial meeting of the Society for Research in Child Development, held in Philadelphia, March 2015.

Gomez*, C., Jiménez*, J., & Reavis, R. (May, 2011). Who is a friend? Associations between friendship classification and socioemotional adjustment. Poster presented at the 2011 meeting of the Midwestern Psychological Association, Chicago, IL.

Reavis, R., Keane, S., & Calkins, S. (March, 2010). Predicting changes in responses to peer provocation from childhood to pre-adolescence. Poster presented at the 2010 meeting of the Society for Research on Adolescence, Philadelphia, PA.

Reavis, R., Shuey, E., & Keane, S. (April, 2009). Peer victimization, friendship, and the self: Views from children and their friends. Poster presented at the 2009 meeting of the Society for Research in Child Development, Denver, CO.

Reavis, R., Graziano, P., Keane, S., & Calkins, S. (May, 2007).  The role of the student-teacher relationship in promoting emotion regulation and decreasing maladaptive behavior.  Presented at the annual meeting of the Association for Psychological Science, Washington, DC.

Reavis, R., & Zakriski, A. (April, 2005). Peer relations of home-schooled and traditionally schooled children. Presented at the 2005 meeting of the Society for Research in Child Development, Atlanta, GA.