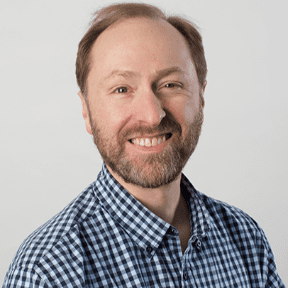 My chosen field of ethnomusicology takes as its purview, rather presumptuously, all of the world’s musics, which it tends to study through the lens of ethnography: it is the study of the who, what, where, when, how—but also the why—of music considered more as a human activity than as an object or product. Within ethnomusicology, my principal area of research is the gamelan music of central Java (Indonesia), and the singing that goes with it. I have had a secondary focus on central Peru—in particular the saxophone orchestras, called orquestas típicas, of the Mantaro Valley. (My research interests are further discussed below.)

Like many liberal arts professors—and like all ethnomusicologists I know—I have followed a circuitous path. After thinking of myself primarily as a trumpet player, at one point I was headed for a degree in philosophy, so I could be a philosopher of the arts, until I realized that ethnomusicology was where my passion lay. My many jobs along the way have included assembly worker at a microfiche-reader factory in Paris; prep cook and baker at various restaurants in Ann Arbor, Milwaukee, and Paris; teacher of English as a second language; translator of film subtitles; guidebook author; and interpreter for the U.S. State Department. In addition to working at Earlham, I have taught musicology and gamelan music at the University of Michigan, the University of Alberta, Oberlin Conservatory, Saint Mary’s College of Maryland, The Ohio State University, Washington and Lee University, and Institut Seni Indonesia (Indonesian Institute of the Arts), in Surakarta, Indonesia.

My musical journey has been almost as varied as my work history. I have played classical piano for most of my life, but trumpet is the instrument I was most serious about (it’s been a long time since I’ve played it, though!). While doing my doctoral research in Java, I became known as a singer of traditional Javanese music, and performed on TV and radio a few times, as well as in live concerts, as a soloist and as part of a small unison chorus (called gérong). In the summer of 2013, I performed almost every day with a saxophone orchestra in Huancayo, Peru. What drew me to these traditions was the uniqueness of their timbres and rhythms, but also the feeling of being lost, and wanting to understand what made them tick. I have always been drawn to the unfamiliar in music, and should have realized much sooner than I did that ethnomusicology was where I belonged.

Aside from Java and the Midwest, I have strong connections to France (on my father’s side) and Argentina (through close friends and my partner, Raúl). I speak French and Indonesian fluently, and can make do in Spanish and Javanese, with smatterings of other European languages (German, Latin, Italian, Portuguese, Dutch). I have been invited to present on my research–in English, Spanish, French, or Indonesian–in the following countries: Indonesia, France, Spain, Italy, Argentina, Canada, and Israel. In addition, I have performed gamelan music in most of those places, as well as in the U.K., Tunisia, Belgium, and in many cities in the U.S. As a somewhat obsessive cook, I enjoy recreating dishes from all those places.

Why do you teach at Earlham?

The students here are intellectually curious to a degree I have not found elsewhere: they are genuinely excited by ideas, and it’s both easy and rewarding to carry on a substantive discussion with them. And it is wonderful being in a classroom of students with such varied backgrounds. Again, to a degree far greater than at other schools I know, students make lifelong friendships, here, across national and ethnic boundaries. One of my favorite times of the year is graduation, when families from all over the world come to campus, and students of so many different nationalities and ethnicities are hugging each other, as they prepare to part from their Earlham family.

I love being in a small department that has an eye towards the future and that embraces so much more of the musical world than just the Western written tradition (which I love deeply, but which the academy can no longer pretend represents the sum total of the music worthy of study). As an ethnomusicologist, I have felt fully integrated into the department. It’s refreshing to have colleagues who are equally excited about continually renewing our curriculum, and who play to each other’s strengths in a cooperative atmosphere.

Finally, though I am not Quaker myself, I have come to cherish Quaker ideals and our valiant attempts to live up to them. It is highly unusual, in higher education, to see members change their minds during faculty meetings, but that is not unusual, here, and it speaks to our commitment to consensus, to deep listening. and to caring for the common good.

For the past several years I have been working on a project to transcribe, catalog, index, edit, and translate, into Indonesian and English, the lyrics found on 500 commercial cassettes of central Javanese gamelan music from the golden age of the cassette (released in the 1970s and ’80s, but recorded from the 1960s on). With funding through a multi-year grant from the National Endowment for the Humanities, I led a team of Javanese and American experts on Javanese music and literature. The lyrics of Javanese gamelan music are rarely paid attention to by gamelan aficionados (at least, not within living memory); yet, paradoxically, they contain some of the most beautiful poetry in the Javanese language. Because the texts used in a given gamelan piece are extremely heterogeneous, often fragmented, seemingly random, and incorporate elaborate word puzzles, it would be wrong to assume that singers are singing “about” anything in particular; yet, taken as a whole, their words do contain wisdom, humor, expressions of emotion, and snippets of classic narration. Our hope is that, aside from being a resource for both Indonesian and non-Indonesian gamelan practitioners, our project will bring new interest to this rich tradition, especially for people—including present-day Indonesians—who are used to understanding the lyrics of what they are listening to.

Previous research projects have included my doctoral research—on the concept of rasa (intuition, mood, sense) in the discourse of Javanese gamelan musicians—conducted in Surakarta, central Java over three years. That resulted in a book (Rasa: Affect and Intuition in Javanese Musical Aesthetics), published by Oxford University Press. Another such project took me to central Peru on a Carnegie-Mellon grant. Although it was not explicitly for research, I couldn’t help documenting and delving into the fascinating tradition of the saxophone orchestras I had gone there to participate in. The genre began in the mid twentieth century but has much older roots. The primary venues for these orchestras are the many saint’s-day festivities that are held, up and down the valley of the Mantaro river, all year long, during which the orchestras accompany groups of dancers, who are often costumed and masked, and are reenacting colonial archetypes. The music and its context is profoundly Andean, even if the instruments were all imported from Europe, over the course of several centuries.

A few years ago I was lucky to have been included as part of an Earlham-led faculty research trip to Japan. It was brief, and I do not speak Japanese, but I was able to capture considerable footage of the fascinating events we witnessed, which I have incorporated into my classes, with the help of subsequent library research.

Last, but not least, I was fortunate to have spent a semester, funded by a Ford-Knight grant, researching the lives of African-American performers of Western classical music, alongside Earlham students Yasmine Lee and Tinisha Newland.

My main area within ethnomusicology has always been aesthetics, particularly as it relates to evaluation–how and why music is valued. But there have been several ancillary areas, which have included music and birdsong, humor in music, music and food, and how the practice of music is gendered. My teaching interests, in addition to the above, include women composers of written Western music; music and ethics; music and language (the intersection of musicology and linguistics); and music, capitalism, and its alternatives. Courses I have not yet taught, but would have long wanted to, include Music and Place, Queerness and Genius in the Arts, and Non-Western Theories of Music.

I am drawn above all to the traditional musics of the world, and have taught courses on the musics of Africa, Japan, Indonesia, and South America, but, like all ethnomusicologists, have touched on musics from elsewhere, as well. I find myself continually awestruck by the creativity of humans, and their capacity to create unique artforms in an almost infinite variety, across the globe. I am motivated by the sonic beauty of these many traditions, but also by their symbolic richness, and I never tire of exploring them with students.

“Cakepan Srambahan (All-purpose gamelan lyrics) as Absolute Music: Listening to Poetry about
Nothing,” at the international symposium, Java in Jerusalem: New Directions in the
Study of Javanese Literature and Culture, Hebrew University of Jerusalem, June 2019

Invited lectures on music as a universal language and on Javanese music, University of Valladolid (Spain), October 2005