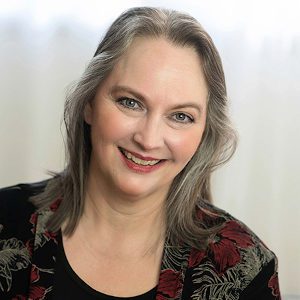 I have worked as a professional actor, director, casting director and producer for nearly 30 years, directing a wide range of productions including Into The Woods, Othello, Arsenic & Old Lace, The Laramie Project, Pinocchio, A Midsummer Night’s Dream, How I Learned to Drive, Anything Goes, The Importance of Being Earnest, The Good Person of Sichuan and Charlotte’s Web for organizations such as the Indiana Repertory Theatre, Beef & Boards Dinner Theatre, the Human Race Theatre Company, Phoenix Theatre, Lilly Theatre at the Children’s Museum, City Center Children’s Theatre, Brown County Playhouse and many university theatres.

I served as Artistic Director of Picture This for eight years and spent 17 years directing and five years producing for Bridgework Touring Theatre. Her passion for new play development stems from many years of work with the Bonderman National Youth Theatre Playwriting Symposium and the Indiana Theatre Association’s Works-in-Process Conference. My acting credits include productions at Actors Theatre of Louisville, Indiana Repertory Theatre, Syracuse Stage, Pennsylvania Shakespeare Festival, Asolo Performing Arts Center, Beef & Boards Dinner Theatre, the Human Race Theatre Company, Cape May Stage, Red Barn Playhouse and the Phoenix Theatre among others. A former president of the Indiana Theatre Association’s Professional Division, I have served as an Artist/Instructor for Young Audiences of Indiana, IRT’s Summer Youth Acting Conservatory and as Co-Producer and Instructor for Off the Cuff and Mud Creek Players’ Barn R.A.T.S. summer theatre camps. I am also a founding member of the Richmond Shakespeare Festival and directed The Tragedy of Romeo & Juliet for its inaugural season in June of 2014.

I teach at Earlham because I know that Earlhamites value independent thinking just as much as they value community. While most of us struggle, at least from time to time, to feel understood and to understand others, I feel confident that those who choose to be part of the Earlham community share a commitment to Earlham’s Principles & Practices. That makes it much easier, when frustrations or conflicts arise, to step back and seek new ways of listening and communicating — because I trust that each of us is trying to get a common goal in our own way.

In my ideal world, that’s what a liberal arts education is preparing a student to do when s/he graduates and moves into community in the world beyond campus.

(When I interviewed to become a part of the faculty more than one person asked why I would want to teach at a weird place like Earlham…..  my answer was, very simply, “because Earlham values the ‘weird.'”)

My hobbies include travel and cooking. My favorite activities include spending with family, creating and attending theatre, film and music events, and singing with a big band.

Students involved in Department of Theatre Arts productions collaborate with faculty and students (and often professional or community guest artists) in research, development, rehearsal and performance of productions each semester. Student designers and stage managers have the opportunity to move from crew to assistant positions and then, when they are ready, to production design or management  positions. Student actors, directors and dramaturgs who design their Senior Capstone around research and experimentation with a specific mode of production preparation may apply that research and share their results through public performances.

Theatre for Change students have researched various theatrical modes for raising awareness of and facilitating community conversations about contemporary social issues. Those inquires resulted in lobby displays about the Human Rights Defenders highlighted in our production of Speak Truth to Power: Voices From Beyond the Dark as well as post-show discussions and networking with community service organizations.

Another project led to the creation and performance of environmental theatre pieces to raise awareness of sustainability issues on campus. Students then shared their discoveries in a panel presentation for Earlham’s Annual Research Conference.